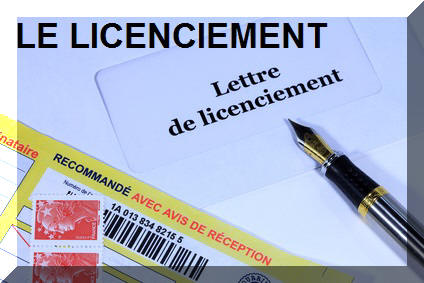 If her children couldn’t be picked up from school, instead of driving her car the 5 minutes to get them, she’d waste an hour calling the after school pickup and making him come up with Uber alternatives. I remember once I was over an hour late to get her children because she made me wait while she contacted the driver who was out of town in Asia because his grandfather had died. He had to deal with her calls and order an Uber for me. When that Uber didn’t show, he had to try again. All of this time wasted, and his grieving interrupted, because she couldn’t take the elevator down to the garage, and get in her car. I guess because the Sarkozy’s ordered G7 everyday she felt she had to show up everyone else at the school. Who knows.
The worst part was when she finally fired me. At that point I had been avoiding her like the plague. I liked the children, I liked the housekeeper, we all had fun together when she wasn’t around, the enivrement was actually really pleasant, but anytime she was in the same room I would find somewhere else to be. I couldn’t stand her.
Long story short, it was two days before Christmas vacation was about to start. She told me Thursday would be my last day because Friday her children had after school plans. She made some excuse about how her whole family would be moving into one bedroom while construction started on their home, and there was no need to have so many people in such a small space. Come to find out minutes later that she had posted an ad on GreatAupair about her “positive American mindset” family looking for a new nanny.
When I confronted her she tried to tell me she was letting me go because I wouldn’t stay past 7pm. I reminded her she doesn’t pay me extra to work past my hours, but she said “none of the other nanny’s complained”. She also tried to tell me she didn’t owe me any notice.
Come to find out that actually she owes me a month of pay for dismissing me without proper notice. I had to start a lawsuit against her. Go to the Saisir Prud’Hommes if this ever happens to you. I didn’t have a contract. I was paid in cash. I never received payslips. She didn’t pay any taxes (impôts). But they can still help.
Despite this lady doing everything illegal under the sun, I now have to take her to court because she has ignored my lawyer. When I sent her a mise en demure she really tried to come back at me with the most heinous lies, accusing me of showing her daughters porn and threatening violence to her son. I had to go to the police and ask for a dépôt en plainte for thé defamatory claims she was making, All because she didn’t want to be held accountable for her illegal activities. When I say this bitch is crazy, she’s certifiably insane. The therapist she visits is clearly not doing their job. The fight continues.
If you’re an American (or Anglo but she mostly targets Americans), and run across some batshit crazy named Lynda Sarfati, who’s address is listed in the 16th, run the other way. She posts on GreatAupair (who refused to take her ad down), Craigslist, and Facebook.
Teaching English to children really is a toss up. You might get a great family, and you might have the best experience. I had a great family for over 3 years who I miss everyday. They were the nicest people, they were extremely generous, and I loved their children. They valued me and my role as a teacher. There was effective and clear communication, trust, but most of all I got on with them extremely well. I felt like a member of their family and going to work everyday was a joy. I wish they could have given me more than 15 hours of work a week because I would have stayed with them for years.

But most of these people are just looking for cheap labor. People who are not willing to pay your worth are usually the worst to work for. What does it say about parents who cheap out on the care of their children? Case in point.

Pursuant to the the First Amendment of the U.S. Constitution this blog reflects the author’s opinions and recollections of experiences. Opinions aren’t stated as fact. No falsities have been included. No statements wherein were made with actual malice, negligently, or with reckless disregard. Statements made wherein can be substantiated in absolute defense if asked to do so in a court of law.