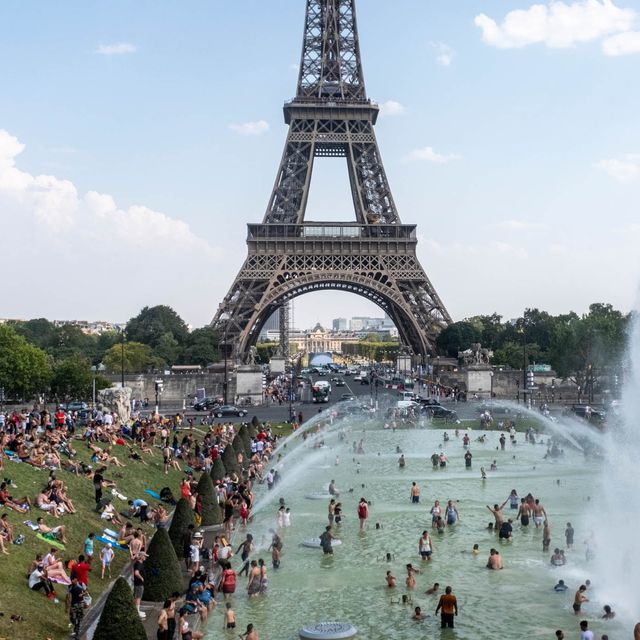 Being from Texas I’m used to every where being air conditioned. I didn’t even know they made homes without central a/c until I moved away. I thought this was a basic human necessity. When I moved to France one of my early apartments (near Monge) actually had a/c in it so I guess I got lucky. The iPads that controlled everything really should have given it away that this was not your average Parisian apartment.
The thing about Europe is that no one really expects it to be hot. Europeans aren’t even used to the recent surge in climate change produced temperatures judging by the chaos that is caused during a heatwave. And last summer (2019) was by far the worst I have lived through. We’re talking 108 degrees in the city. I took 50 showers a day, and never left the house or opened the curtains. I thought I was going to die. I didn’t sleep for weeks. It was torture.
The year before I had actually purchased an a/c. I don’t know why exactly. The first summer I was here I lived in Montmartre, in a ground floor magasin with stone walls so it wasn’t bad. But then I moved to my apartment near Luxembourg Gardens and I guess something in me snapped. By the time 2018 rolled around I’d had enough and decided I needed to buy a portable air conditioner.
I’m giving this advice because last year, during this insane heatwave, all of the stores in Paris were sold out. I knew someone who checked every single day hoping they would restock and didn’t have any luck. It wasn’t until the end of the summer near school start date that they finally got lucky and found one.
I would recommend purchasing one before the summer starts. Stores start rolling them out in April. I got mine at Castorama at Bir Hakeim around that time. I paid about 160€. I wouldn’t say it was the most energy efficient device because my EDF bill was like 500€, but it got the job done. And you should definitely purchase a fan around that same time because as soon as the temperatures go up, the stores sell out.
Portable a/c units aren’t exactly made for Parisian windows that swing from left to right. You have to put the exhaust hose out the window somehow and it’s almost impossible to do that when the window doesn’t go up and down. For this issue I purchased a window kit from Castorama as well. You attach this tent thing to the window with adhesive Velcro strips and then you put the hose through the hole in the tent. Believe me when I say you will need it, otherwise you’ll have to have the window open and most of your cold air will go out.
However don’t think that a portable a/c will keep your entire apartment cool. If you have one of those Haussmann apartments where the room is like 30ft across you’re going to be disappointed. They work best in small spaces. Even in my 15m2 bedroom I had an issue keeping it cold enough. During the day I would wheel it to my living room which was about 10m2 and I would basically have to sit right in front of it. My ceilings were like 15ft so perhaps that didn’t help either.
But it beats melting to death when the temperatures roll into the 100’s again. Believe me you do not want to live through that. Death would have been a nice welcome from the torture that was those weeks. Unfortunately I think that’s probably Paris’ new normal.