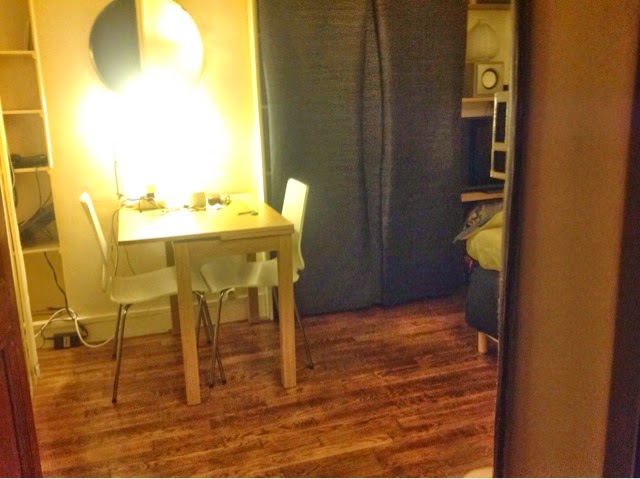 Being in Paris, and not being French, therefore not knowing your rights can be a nightmare if a property goes wrong. But thankfully France is a very pro-tenant country. Don't be afraid just because you are a foreigner.
As I mentioned in earlier postings I rented my flat off of Homeaway. I rented it for two months because I wanted something while I looked for more permanent housing, and I thought two months would give me time to find a long term let. On my way to the airport though something made me contact the landlord and tell them that I might in fact just need it for a month. They said that it was fine, but to let them know if I decided to move.
When I got to Paris after my very long flight I was very, very disappointed when I saw the flat. It was nothing like the pictures and ended being maybe 10m2, maybe 12m2 if you included the kitchen and bathroom area. Not only that it was on the ground floor, it smelled like mold, and the shutters could not be opened because the window opened to a tiny little area that was used for the building's trash. In fact the trash can blocked the window. Anyone could just walk into your flat if you left them open. Living in that flat was like living in a tiny cave. I was so glad that I let the landlord know that I would be looking for something else, because I did not want to live in it for more than a week, much less two months.
The day after I arrived the landlord came over to show me how things worked (the previous night her friend let me into the flat so I wasn't shown). She told me that she had another property close by, and she wanted to show it to me in case I wanted to stay longer. I went to view the property and was really sad that I didn't know about it before because for €100 more I could have had more living space, like 25sqm. I told her I would think about it, but would also keep looking.
So about a week and half into my rental she showed up one day, unannounced, and told me that I would need to leave the flat in two days. She said she was going on vacation and had another contract on my current flat. I was shocked. She offered me the bigger flat and told me that she would let me rent it for €880 a month, and that I could stay in it "as long as I needed it". In the end I thought no great loss. More space, less money. I actually ended up letting go of a flat off Rivoli because I figured I'd be in it "for as long as I needed it". 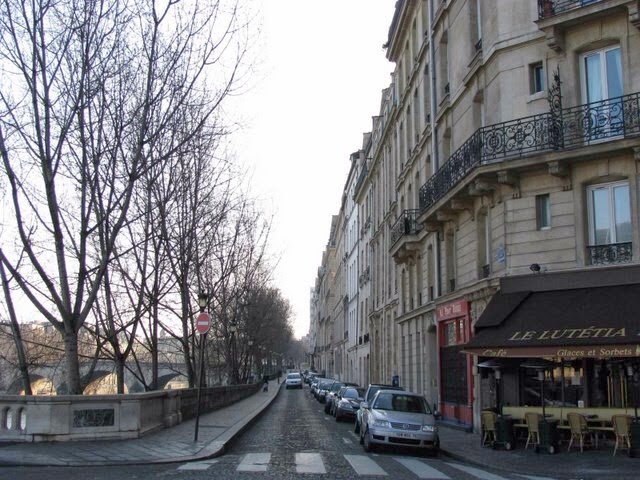 So two days later I found myself dragging my luggage through the streets of Ile Saint Louis to the new flat. After I was shown around, she demanded that I pay €50 for a ‘toilet deposit’. I don't really know why she needed it because she speaks French, and I do not, and therefore talking to her is a nightmare, but she wouldn't let me pay it through the vacation website, so I had to run to the ATM to pull it out. It was only later when I told a friend what had happened that I realized I never got it in writing or received a receipt. I emailed her asking that she provide this, and also asked for a new contract with the new address. She never responded.
About two weeks later I received an email from her asking if she could stop by because she wanted to talk to me. Now I grew accustomed to this game that she was playing. Through email I could translate what she was saying, and have enough time to go over it and respond, but when I see her in person she speaks French to me, and I just give into her demands because what else can I do? I told her I would not be at the flat, because I had plans the next day.
The next morning I awoke to her standing in the living room. She told me that I never responded to her (do people really not know that read receipts exist?) so she came over. She informed me that her husband would be coming back in an hour. And before she left she took the key for the flat and the fob for the digicode. 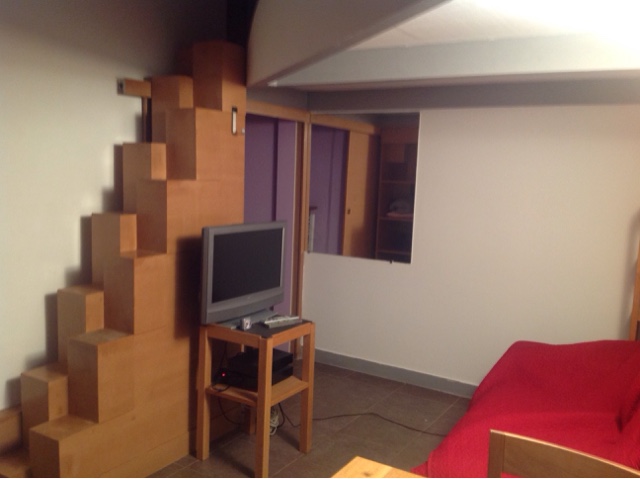 Over an hour later her husband showed up with a woman. He said she was interested in renting the flat and he proceeded to show her around. At this point I was pissed. First his wife showed up unannounced, while I was sleeping, she didn't even knock. Then he came with a woman and proceeded to show her around the flat without even informing me. When the woman left I let him have it. He told me "you're leaving tomorrow" and that was the reason he was there. I was confused. Really I was? Because I don't remember saying that.
He said because I had never informed him that I would be staying on, he assumed I was leaving. I proceeded to explain that if that had been the case I would have said something and if he assumed that why didnt his wife ask me when I asked for a new contract? He tried to tell me that in France it's different.
Then he told me that because I was going to be in the flat for another month, I would also need to pay two months for a guarantee, and if not I would need to leave. At this point I was seething, and I didn't hold back. I reminded him that they had forced me out of my original rental, they showed up announced, they made demands on me in person when they knew I couldn't understand what they were asking for, and now they were trying it again. And they gave no indication in previous correspondence that this would need to be paid in addition to the deposit I had already paid. He tried to tell me that I should be lucky because "people in Paris don't do this" and they were doing me a favor by renting me the flat at a discount. I reminded him that I didnt set the price, his wife did, and I'm sure she did it because she knew that by kicking me out of the other flat it was illegal. I told him I would not be staying in their flat for any longer than I needed and would immediately be looking for other accommodation. Before he left he tried to get me to pay him €90 "for utilities". FYI as stated in our original contract, utilities were included in the price. 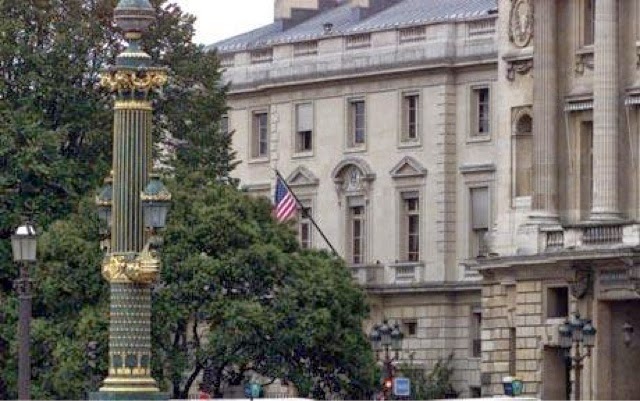 At this point I didn't know what to do. I was nervous. I don't know French laws, I am not a French citizen, what could I do? And for some reason I couldn't find anything, even short term, on such short notice. It was frustrating. You would think the entire city was booked.
I called the vacation rental website but they couldn't help me (even though their site says they will help you find other accommodation). All they told me was that I could go online and make a complaint. To this day they never did got back to me. I would suggest not using them for your vacation rental needs.
Next I tried the US Embassy hoping they could give me some kind of information. All they told me was that it was a private matter, in France, and there was nothing they could do. They suggested I contact ANIL. Which by the way is in French and is just a number with a recorded message. I'm still unsure of their purpose.
I also contacted a friend of mine to see if she knew anything but all she had me do was go down to the police station to make a complaint. She translated for me and the lady at the station was adamant that I do so because she said what they did wasn't legal but she didn't give me who I could go to to speak about it, all she did was tell me to make a complaint. Not really helpful.
After some research I calmed down because I realized that what they did was illegal, and even though I am not a French citizen, there are rights afforded to anyone that rents in France. If you happen to be in a tough spot and are unsure of, and are afraid that you are in a position that you cannot get out of, it's all right . Just remember that you do have rights.
I am still not sure who handles these kinds of situations but speak to as many agencies as you can. Eventually you'll hit someone that can help. And if you need more information try the sites below. 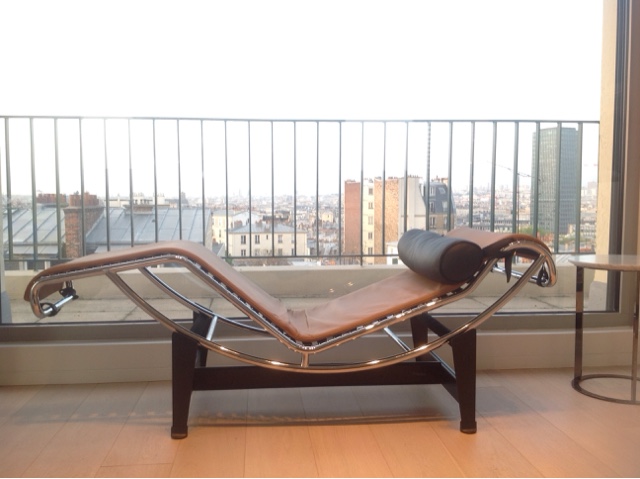 In the end I thought I was getting a good deal on the new property (the price for the location seemed like a steal), but in reality it was a good thing I didn't end up renting it long term. The neighbors were noisey, and the two weeks I was there I slept horribly, some lady was always watering plants at 5am. In the end I ended up massively upgrading by staying in the flat owned by a couple I know who own two flats in the 5th. They only visit Paris one month out of the year so they sit empty. My current flat is pretty insane. It's floor to ceiling windows on the top floor with 360 views overlooking all of Paris (I can see the Sacre Coeur, Pantheon, Notre Dame, Eifel Tower, etc from my balconies), and Miele appliances (a proper kitchen!), it's an actual one bedroom, and most importantly it's free through babysitting, so I guess going through hell for two weeks wasn't such a big loss.
Oh and when I informed the landlord of the flat on ile Saint Louis that I was leaving their flat, they came back trying to tell me it was all a big misunderstanding and I could stay in the flat. Ugh. Wankers. I guess they thought on such short notice I wouldn't have been able to find anything.
***Update 9/15/14***
So I just noticed the landlord from the old flat has an advertisement on Fusac. If you see one for €895 on Ile Saint Louis that looks like the third picture, know that it's the same scammer landlord (Angela) that I mentioned on here. And HomeAway/VRBO/Arbitel still has her other property listed on their site (the first picture) because I guess money means more to them than satisfied customers. Renters beware.
http://www.blog.parisunraveled.com/warning-know-your-rights-and-responsibilities-as-a-tenant-in-france/
http://vosdroits.service-public.fr/particuliers/F31297.xhtml
http://www.expatica.com/fr/housing/renting/a-guide-to-renting-a-home-in-france-938_10452.html
http://www.globalpropertyguide.com/Europe/france/Landlord-and-Tenant
http://www.french-property.com/guides/france/rent/disputes/
Labels: ANIL MESS Moving Abroad Moving to France Paris Postcode Envy Renting The Drama of It All Vacation Rental